Pastor Emeritus, J. Don George, went home to be with the Lord Thursday due to a hereditary condition (pulmonary fibrosis). He was 83.

George began his ministry in Texas as a 19-year-old evangelist, meeting Gwen Rogers for the first time at a revival service in Abilene in 1957. Five months later, they were married. In an article recognizing their 50th wedding anniversary in 2007, George said, she was “the most beautiful girl I had ever seen.”

Following two years as an evangelist, the Georges held pastorates in Plainview, Texas; Baton Rouge, Louisiana; and Fort Worth, Texas. In 1972, they founded Calvary Church — leading the church from a small congregation of 59 to more than 7,000 by 2016. In 2007, George invited his “spiritual son,” Ben Dailey, back to Calvary to partner with him in ministry, later setting him in as Lead Pastor in 2010.  In 2018, George became “pastor emeritus” of the church, while continuing in personal ministry.

During his years of ministry, George continued his education. He’s a graduate of Wayland Baptist University in Plainview, Texas, and holds a Doctor of Divinity from Oral Roberts University in Tulsa, Oklahoma. He also served on the board of the AG Theological Seminary in Springfield, Missouri, and Southwestern Assemblies of God University in Waxahachie, Texas.

George was a long-time executive presbyter for the Assemblies of God, holding a position on the Executive Presbytery for 16 years. An inspirational leader and sought-after speaker, George was perhaps best known for his mentoring abilities — shaping the lives and ministries of numerous young people and ministers.

Although George was of the “Silent Generation,” he was on Twitter, regularly sharing pictures and something he called “West Texas Wisdom (WTW)” with those who followed him. His WTW tweets shed light into his down-to-earth views on life:

• “The true measure of a fella’s wealth is determined by how much he’d have left if he lost all his money.” Nuf said!

• “There is no key to happiness, ‘cause the door is always open.” Nuf said!

• “When a fella of advanced age begins to feel that he has been forgotten by his fellow citizens, and turned out to pasture, he should remember that there is still plenty of work to be done in the pasture.” Nuf said!

J. Don George is survived by his wife of 63 years, Gwen; three children, Valerie (Kerry) Jones of Irving; Roger of Irving; and Rodney (Kim) also of Irving; a sister, Peggy (Randy) Sims of Ruidoso, New Mexico; and six grandchildren. He is preceded in death by his parents, Roy and Jimalee George; a daughter, Vanessa, who passed away in 1972, at age seven, following a cerebral hemorrhage; and his brother, R. Kenneth George.

We will be celebrating Pastor George’s life and legacy this Thursday at 1 pm.  Due to the unusual season we are in are in, the family is asking that we take every precaution to make this a safe celebration.  Therefore, they request that everyone wear a mask in the service.  Only 600 people will be allowed in the Worship Center for the service.  It will also be available online. 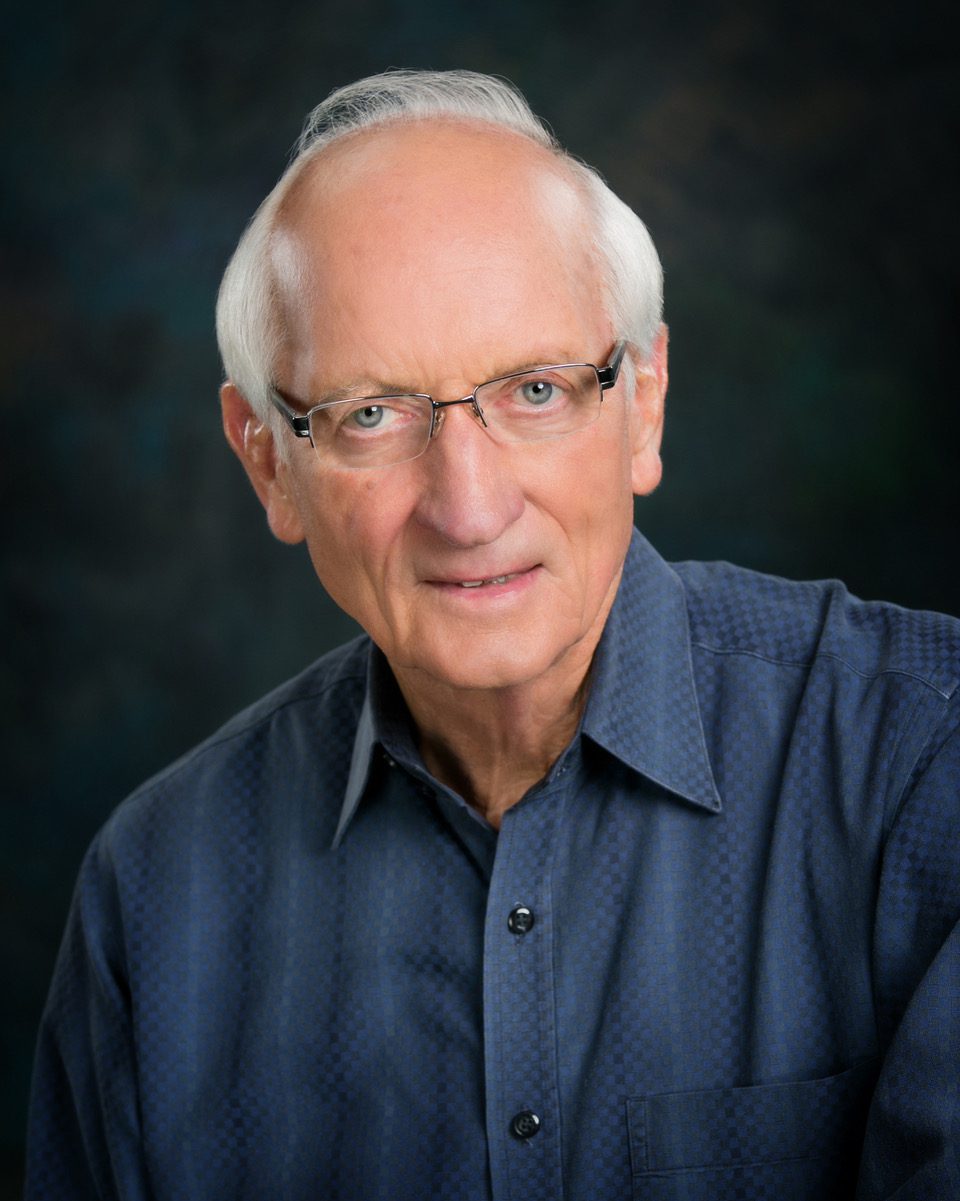 DECLARing + DEMONSTRATing THE GOSPEL TO EVERYONE, EVERYDAY, EVERYWHERE.